Traitors infest the Nepalese political class and voters think all politicians are corrupt. The voters’ low ideological alignment with the parties, especially in municipal elections, is another reason that guarantees a politician with a few agitators when it comes to changing parties or even position. 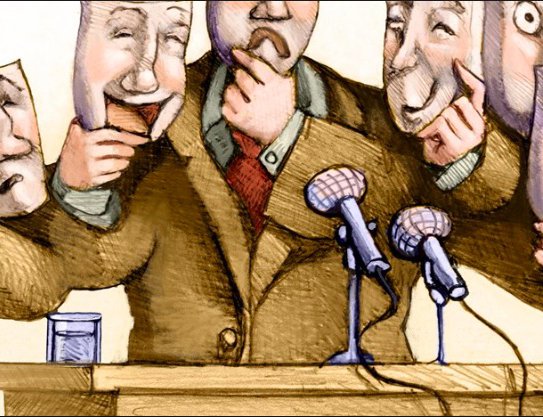 It is no secret that democracy is a form of power exercised by the people, for the people and by elected representatives for that purpose. According to the latest International survey of Transparency, majority of voters, regardless of which party they sympathize with, believe that all politicians are corrupt. One-third of the Nepalese people believe that all politicians are corrupt, including the judiciary, legislative and executive body, along with the prime minister and his cabinet. According to Transparency International (TI), Nepal ranked 131 out of 176 in corruption.

At the end of the day, the people of Nepal want to lead Nepal to the 21st century and to build a country that is not divided by ideological struggles but with common goals.To have a solid base, political party must rely on an ideology. Many people follow political parties without knowing their thoughts or their doctrines. The true substance of a political institution should be based on an ideology. We are experiencing a political crisis marked by acts of corruption, influenced by peddling, bribery cases, ideologically false ballots, and tax evasion.

In Nepal, parties do not have clearly defined ideologies, so it is easy for politicians to use the bravado that the change of position was for the good of the city, when in fact, the main interest is not a common interest, but the particular, as said by political scientist Leandro Petrin.

Traitors infest the Nepalese political class and voters think all politicians are corrupt. The voters’ low ideological alignment with the parties, especially in municipal elections, is another reason that guarantees a politician with a few agitators when it comes to changing parties or even position.

One of the issues that have always caught my attention in Nepalese political arena is the frequency of political infidelity. Politicians often change sides. And when they do, guilt does not seem to exist. One of the fundamental values we judge when evaluating the character of a politician is his fidelity to ideas, parties, and institutions. Fidelity is related in politics to values and promises. It is considered politically loyal by the voter who manages to maintain his partisan commitments and is able to obey the rules of honor and honesty of his environment. A faithful politician does not betray the party, is constant and loyal to his ideas, and does not negotiate in the dead of night with other parties. He is considered genuine if he does not yield to his principles, but must always be in tandem with those of his party. But instead of finding out who is the loyal politician, it is more important to know what political allegiance is, how we perceive it in politicians and what it means to them. In the voter’s imagination, when a politician subscribes to a party, he accepts a position within him and acquires a duty to the party. The people of Nepal are tired of the same empty rhetoric, full of phrases and lines that lead nowhere.

Most of our politicians have false followers in their social media account who were bought using social network cheat. All they are doing is maintaining their privileges. Citizens are caught in the middle of the political dispute between few parties.

Our professional politicians are part of a vast aristocratic and criminal clique in its anti-democratic and anti-humanist pursuits. The country is full of pseudo-democracies where everything is perfectly framed by laws designed to protect a handful of leaders and the doctrines they have created. Everything is done so smoothly that the power never escapes from them. No matter what happens to the country everything is good for keeping them in power.

It is not too late for political leaders to change their minds and work for the true welfare of humanity. Someday soon these politicians will end up in the trashcan of history. A degraded democracy, in which citizens have the impression of freedom, is as incomprehensible as an authentic dictatorship.

Most of our politicians turn out to be ‘plastic politicians’ or simple, prefabricated products produced by polyester parties. Our society, by default, is very rich in values like honesty, exemplary behavior, sportsmanship, tolerance, responsibility, reputation, discipline, work ethic and mutual cooperation. These values are supposed to be respected and adhered to by all elements of society but we feel all these values are violated in the name of the political game.

(The author is a lecturer and IT, consultant. He also writes fiction under the name of Kapeed Joshi. He can be reached by email at [email protected])