Politicians in the House are busy performing political acrobats without the support of rational arguments to cover all the issues people are facing in the country. Each party looks selective in sorting data that only supports the predisposition already embedded in their head by their political agenda. Populism is based on exploiting the wide ignorance of people. 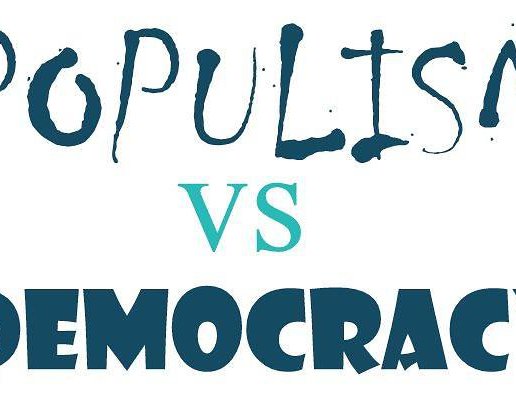 Populism is a rapidly growing global phenomenon in recent years and Nepal is also its victim. Populism has become one of the 21st-century political keywords. Last year, at the end of November 2017, the Cambridge Dictionary stated that populism is the most searched and spoken word of 2017.

In the dictionary of sociology, populism is defined as “a peculiar form of political rhetoric, which considers the primacy and political validity of the people, views the dominant elite as corrupt, and that political goals are best achieved by means of a direct relationship between government and people, without the intervention of existing political institutions.” (Abercrombie et al., 1998).
In reality, whether you like it or not, Populism does not have a concept of a good political or economic system and it pushes the country toward unproductive and tendentious debates. Politicians in the House are busy performing political acrobats without the support of rational arguments to cover all the issues people are facing in the country. Each party looks selective in sorting data that only supports the predisposition already embedded in their head by their political agenda. Populism is based on exploiting the wide ignorance of people.
Just popularity is not enough for politics. Rich elites share the political power to manipulate the rules of the economic game, undermining democracy. If you want to succeed in politics, then only name, money and fame are not available for it. The first is enough if the politician is able to develop his political program based on people’s instincts and reactions.

Politicians are influencing ordinary people’s emotions and wanting to gain support from uneducated people even in cases where they do not have the knowledge they could reasonably be able to make.

Politicians often turn to the tools of demagoguery, fear, and prejudice to win their support. This kind of populism tells us that this part of the political elite is despising the ordinary people. Although the political participation of ordinary people in democratic societies is decisive, the political elite does not demand political parties, so the people understand things, it’s more about the voter’s feelings. The formulated reasoning is logical and true.
Well, the formulation of democracy cannot be perfect, yet in today’s politics, especially in a liberal democracy, populism is considered the greatest enemy of daily politics.
Both politicians and people addicted to populist policies take into account their short-term interests.
There were words about which populist ideas best pass in the region, which politicians are most flirting with the people, the connection of populism with nationalism, the use of the anti-corruption slogan for populist purposes. Or the extent of populism in Nepal!
The main characteristic of populism is belief without proof and majority opinion that does not suffer any questioning. Most of the time In political discussions and in the media, the concept of populism is often mentioned as a threat.
Populist leaders usually form a person’s cult around themselves. They are trying to establish direct and direct links with the people who they claim to represent and direct their hopes and fears. Needless to mention the name but e do see such leaders in most of the political parties in Nepal.
Modern populism has more complex goals and makes more radical statements than that of its predecessor. A central ingredient of populism is nationalism, the source, after religion, of the deadliest wars humanity has suffered.
In the political sphere, populism often leads to the destruction of democratic institutions: populists have the opportunity to gain a foothold in power on the wave of short-term achievements, but as the situation deteriorates, they abandon democratic procedures, promising prosperity as they defeat external and internal enemies.
Political populism threatens progress. It always is accompanied by economic populism (irresponsible fiscal and monetary policies, manipulation of property, etc). Populism is a policy aimed at protecting the interests of the common people and offers simple solutions to complex problems. It works best in societies with a high level of dissatisfaction with the power policy and low level of political education of citizens.
Political populism is an instrument in the struggle for power, but its economic consequences are not unambiguous. The party, which comes to power on the wave of populist slogans, can pursue any economic policy.
In politics, a lie is not accepted, at least by definition but making that is the truth is a marketing and marketing is a beautiful illusion.

Populists do not offer intelligent solutions, instead – some fantasies. The political orientation is not important for populism, because it does not care about the truth and concrete proposals for changing the situation in one area or another for the better. Populism is a manipulation of feelings made by charismatic leaders. The more politicians try to connect with the emotions of the people, the more they move away from what the people want. Populism is not an ideology. It is nothing but a trick.

Populism is the manipulation of feelings made by charismatic leaders. They do not have intelligent solutions but only have fantasies and it is an instrument in the struggle for power. Our Democracy is becoming victim of populism. The main characteristic of populism is belief without proof. Our political analysts believe that communism is just a threat to liberal democracy and freedom, but in reality, populism is a real threat. For these populist so-called leaders, the political orientation is not important, because they do not care about the truth and concrete proposals for changing the situation in one area or another for the betterment of all. Populist politicians always speak against the elite or against the bureaucracy. Populism is to politics what fever is to life. Populism is not exactly a disease, it is a symptom, it is politics that brings fever to life.